25/01/2017: Tracing non-Serbians who were repatriated via Netherlands: Giovanni Saporiti

Panic! Italian soldiers flee off the mountain trails, diving into the canyon road. In this impassable landscape, quite different from the endless plains with trenches around Ypres in northern France, already more than 300,000 soldiers have lost their lives. While there is barely a meter of gains achieved. And now, after two years fighting, during the Twelfth Battle of the Isonzo, the picturesque river in the Alps, suddenly there is a massive breakthrough. Habsburg troops succeed now they have received support from the Germans. The miracle of Karfreit they call it. For the Italians, it is the humiliation of Caporetto. Ernest Hemingway wrote a famous, autobiographical, book about it. Giovanni Saporiti is among the 265,000 Italian prisoners of war. He is a young guy from Peveranza, a village of 400 souls, 40 kilometers northwest of Milan. Father Baldassare, a landowning farmer, has already died of old age, when his son, a sergeant major of the 357th machine gun company, falls into German hands. In November 1918 the armistice was signed. After a year of captivity Saporiti can finally go home. Alive and well.

Photo below: Captured Italians in the camp at Soca | K.u.k. Kriegspressequartier, Lichtbildstelle – Wien (from https://www.europeana.eu) 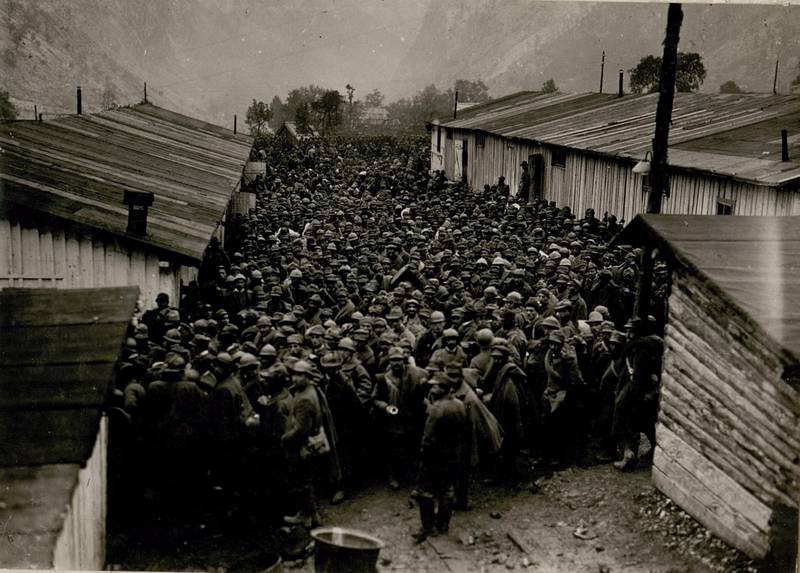 He too arrives to Enschede by train. There emergency shelter is organised, because the Dutch railway network cannot process more than 200,000 prisoner of war (including 16,000 Italians) in merely three months’ time. In the camps the Spanish flu raged. Saporiti is also among the victims. He died unmarried and childless in the quarantine camp in Usselo. 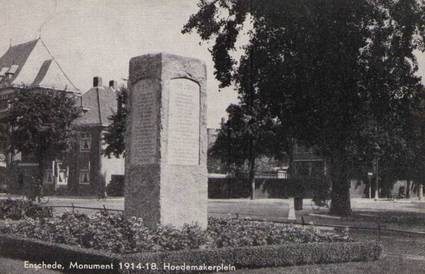 “This morning saw, in all simplicity under military escort, the funeral of two deceased prisoners of war, namely the 26 year old Serbian Milenko Marković and the 27 year old Italian Giovanni Saporiti.

The first mentioned was buried at the New general cemetery at the Gronausche weg. A firing squad and a section of the Dutch military commanded by 2nd Lt. Corn. v.d. Meulen, met the procession near the Lindenhof. In quite pace they continued towards the grave; both when entering the graveyard and over the grave, which was covered by a wreath on behalf of the Rcpt. Comm. for foreign prisoners of war, a salute was fired.

After a H. Requiem Mass was celebrated at St. James’ Church for the peace of soul of the Italian prisoner of war, the funeral took place on the R.C. cemetery at the Gronausche straat. A firing squad and a section of the Dutch military commanded by officer cadet J.S. Rosier accompanied the sad procession. After the usual ceremonies had taken place and the prayers were said, the firing squad fired a three volley salute over the coffin, which was covered by a wreath on behalf of the Rcpt. Comm. for foreign prisoners of war.”
– Twentsch dagblad Tubantia en Enschedesche courant. 29 January 1919, p. 2

Exhumation and concentration of Italian WWI graves in the Netherlands

In September 1962, the Italian authorities decided to concentrate all of their war dead in the Netherlands: eleven victims of the First and 29 of the Second World Warare brought together at Rusthof in Leusden near Utrecht.

Saporiti’s mortal remains were exhumed in Enschede and cremated in Leusden. The urn with his remains was buried in an individual grave at the Allied field of Honour. His name appears on the white cross there, on an Italian war memorial in Rotterdam and at the family grave in Italy. 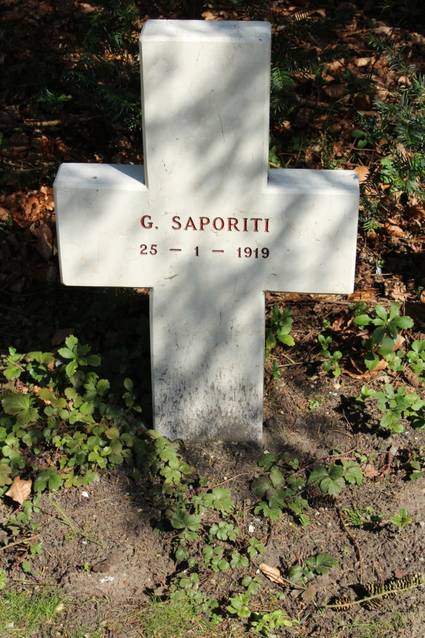 His remaining brother and two sisters all married and moved out of Peveranza. Two nephews are still alive and live in the North of Italy. 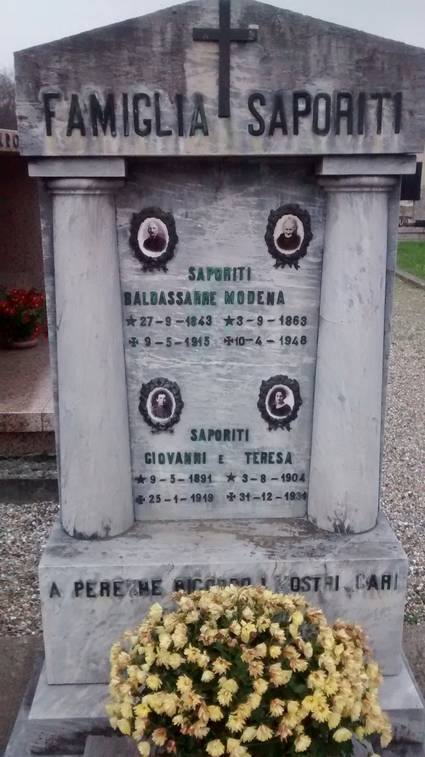 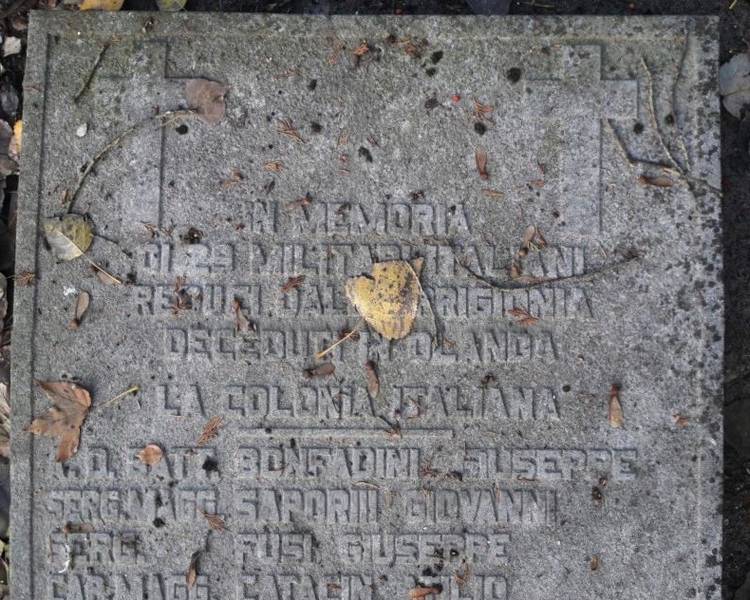 This text is inspired by the article Boerenzoon Saporiti overleefde veldslag, maar niet de griep by Remco Reiding, which was published on 10 January 2017 in AD/Amersfoortse Courant.

Today we finished the reconstruction of the fate of two brothers, Dragomir and Sreten Rajičić from Gornji Milanovac, who both ended up in Austrian and then German captivity, and both came to Netherlands after the Read more…

The discovery was already made in August 2017, but now there was time to write and publish the story about Dragutin Milutinović from Brović. For the full story click here (link).

We are proud to announce that we have found the descendants of Radosav Jovičić in Veliki Borak (SRB) who died in the Dordrecht (NL) on the 26th January 1919. As researchers you need sometimes luck Read more…