In September 2013, we found a list in the Archives of Serbia in Belgrade, which contained information about the Serbian WWI soldiers who were exhumed from the Netherlands and transported to Jindřichovice in Czechoslovakia.

The list can be downloaded in *.* pdf format here:
Spisak ratnika umrlih u Holandiji.pdf (link to Google Drive)

This list provided us extensive new information for our research concerning the fate of the Serbian WWI soldiers. For some of them, we have found more places and dates of birth along with their proper regiments. In some cases, we could also see which lead box number the remains of a soldier were placed in. It was also discovered that 88 soldiers had been transported to their final resting place in Jindřichovice.

Therefore, based on the new list, we will be able to have more progress in our research since more information is now available regarding the soldiers.

Since we have found more information about their regiments, hopefully we can also trace their movements during the war and how they had ended up in the Netherlands – since it was a neutral country. 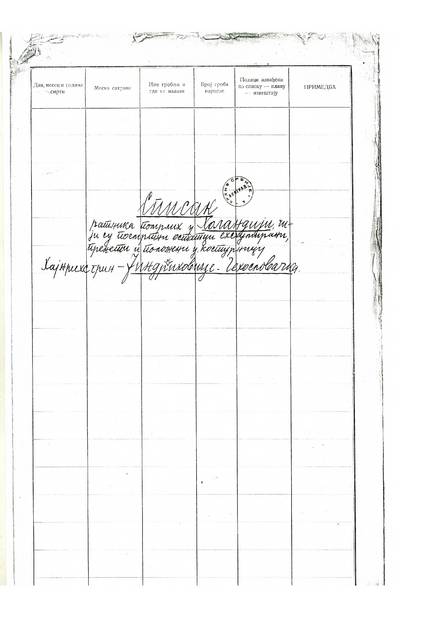