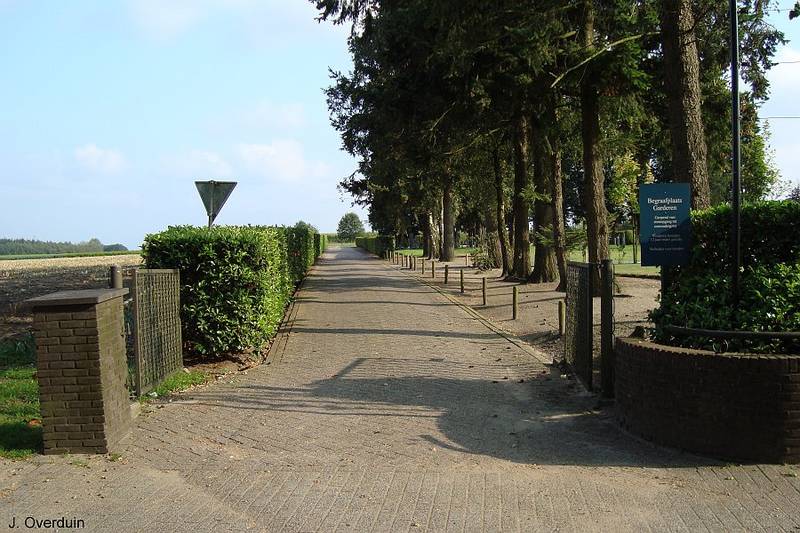 In 1919 between 22 and 31 January, the Serbian victims of the Spanish flu who died in the “Camp near Milligen” (Apeldoorn) were buried on the cemetery of the Dutch Reformed Church in Garderen. 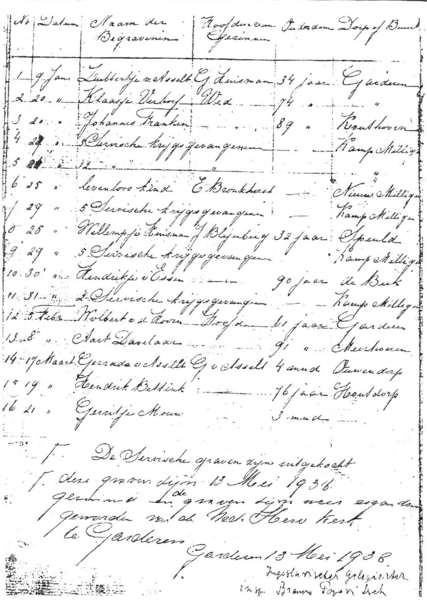 In 1931 the Ministry of Interior and Agriculture wrote a letter to the Municipal authorities in Barneveld, in which they announced the intention of the Yugoslav government to concentrate the graves of the Serbian WWI victims buried in The Netherlands on a graveyard in ‘Tilly’ near Paris (possibly Thiais was meant here). The ministry asked the municipality to cooperate with the Yugoslav authorities. 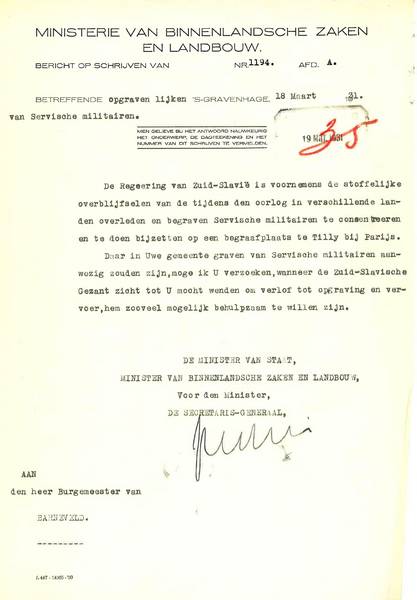 On 6 April 1938 the Consul General of Yugoslavia in Rotterdam, Dr. J.S. Miličić, announced to the Barneveld municipal authorities that the Yugoslav government had issued a decree to exhume all remains of Yugoslav soldiers buried in the Netherlands. The remains will be concentrated in a mausoleum in Czechoslovakia. To this end two inspectors have been appointed to lead the exhumations in The Netherlands, Branko Popović and Dobrosav Popović, who will be sent to Netherlands shortly. 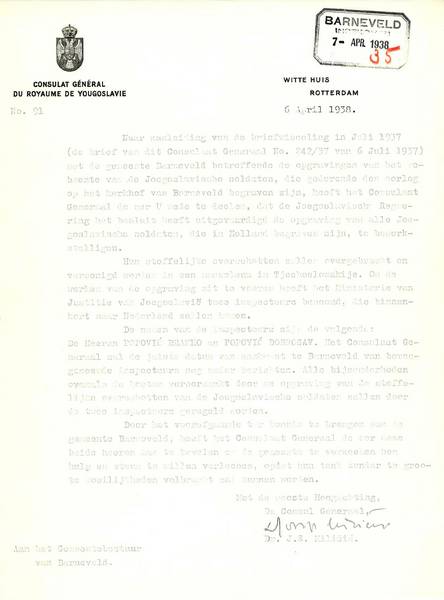 Further to its letter of 1931, the Ministry of Interior informs the mayor of Barneveld on 28 April 1938 of the formal decision of the Yugoslav Government to exhume the remains of Yugoslav soldiers, who were buried in 8 towns in The Netherlands, and concentrate them in a mausoleum in Czechoslovakia. Two inspectors have been appointed and the secretary-general of the ministry asks the mayor for full cooperation with these two gentlemen. 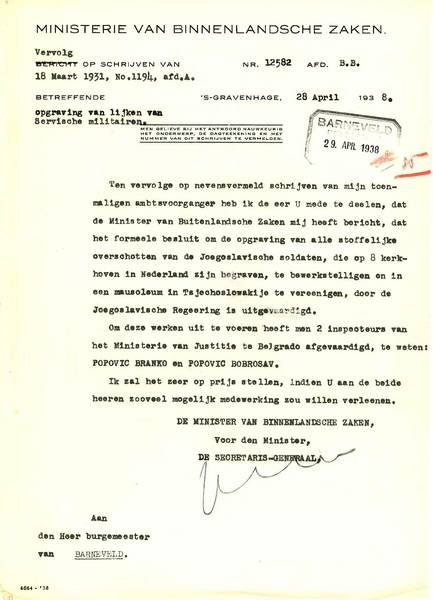 On 13 May 1938 the graves were exhumed, after which their ownership was reverted to the Dutch Reformed Church (signed by the Yugoslav delegate, inspector Branko Popović).

On the Dutch Reformed cemetery in Garderen stands a monument to the memory of Serbs who died of the Spanish flu in 1919.

* please note that Dragan Dimitrijević, for whom a death certificate exists in Apeldoorn, was not buried in Garderen, according to the Serbian exhumation reports and the burial records. He didn’t die, but has been confused with Vasilije Simonović.