Radosav Jovičić was born in Veliki Borak in 1888, a village 40 km south of Belgrade. His birthdate is unknown. He was a son of Kostadin Jovičić who had four sons: Novica, Milan, Milić and Radosav.

In 1914 Veliki Borak was part of the military district “Danube”, Northern Serbia with Belgrade as its capital. In the documents we have, we couldn’t find Radosav’s army unit, but given the fact that he was from Veliki Borak and taking into account his age he was most probably serving the First Danube Infantry Division which was part of the 2nd Serbian army.

In October 1915 Serbia was attacked again by the Triple Alliance, which now included Bulgaria, too. Serbia, devastated by the Balkan Wars, and the first year of WWI could not withhold anymore. The promised aid from Serbia’s allies (mainly Russia, France, United Kingdom etc.) did not arrive on time and the Serbian army had to retreat via the Prokletije mountains via Montenegro/Albania towards Corfu (Greece).

From Serbia to the Netherlands

It is not plausible that Radosav was on Corfu, it is more possible that he was captured by an army of the Triple Alliance and transported to an Austro-Hungarian PoW camp and later to a German PoW camp.

It is unknown how and when Radosav arrived to the Netherlands. On the International Red Cross website “1914-18 Prisoners of the First World War” with the archives of the Prisoners of War cards Radosav could not be found. We could also not find other documents where Radosav was mentioned as being a Prisoner of War (PoW) in certain PoW camps.

It is unknown when Radosav arrived in Dordrecht, but most possibly he was one of the 66 sick soldiers, who were sent from Nijmegen and who arrived on the 15th January 1919. They were treated in a makeshift field hospital, which was set up on the premises of the Kromhout regional school. 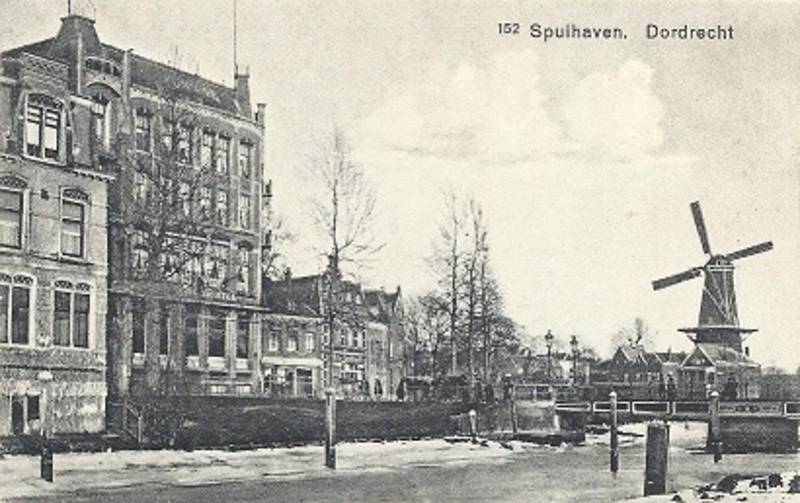 According to his official Dutch death certificate (Dordrecht 1919, no.72) Radosav died around 5 o‘clock in the morning on the 26th January 1919. He was 34 years old.

All the 15 Serbian Soldiers who died in Dordrecht  were buried, with military honours, on the general cemetery.

His grave was exhumed on the 11th May 1938 and transported to Nijmegen, together with the other Serbian WWI graves. His exhumation report mentions, besides his personal data, that his remains were placed in a lead box with the number 57 and that he was placed in a mausoleum in Czechoslovakia (Jindřichovice). The transport went from Nijmegen via the Dutch/German border at Wyler/Kranenburg.

Below: 28/06/2014: the mausoleum in Jindřichovice (Czech Republic), where Radosav found his last resting place.

As researchers you need sometimes luck to find what you are looking for and to get in touch with the right persons. That luck we had with the webmaster of the website www.velikiborak.com, Saša Stojićević, who connected us with the local historian and former teacher within a minute. The same afternoon we were in Veliki Borak to meet the Radosav’s descendants.

First we visited the church of Leskovac a village south of Veliki Borak, nearly 45 kilometer south of Belgrade. There is a memorial plate with the names of victims from the conflicts in the period 1912-1919 (First & Second Balkan War and the First World War) of the villages of Arnajevo,Veliki Borak and Šiljakovca inside this church.

Photo below : the plate in the church of Leskovac (Kolubari) with the name of Radosav and his brothers Milan & Milić.

The descendants told us that Radosav had together with his wife Roksa  two sons: Ivan and Milutin. Ivan got a son Milorad who got a son Prvoslav. Prvoslav got two children: Dejan and Ivica . Dejan got two children Iva and Djorde. When we visited Prvoslav and Dejan’s family they told us that they know that Radosav died in the Netherlands, but they did not have further details.

Photo below: 11/06/2017: The monument for Radosav on the cemetery of Veliki Borak in the middle. Left a monument for his son Ivan and right for his wife.

The family Jovičić from Veliki Borak now finally knows more about the fate of their great-grandfather or great-great grandfather who died in the Netherlands. As researchers we are grateful to them for the help and hospitality we received in Veliki Borak. We traced one more family back and saw the monuments (in the church & the cemetery) erected for him. Radosav is not any more one of millions names who died, because of WWI: he is a person with a family and his descendants did not forget him.

Photo below: detail of the monument with the text.

Fabian Vendrig with the help of Tanja Vendrig &John Stienen.