Following its neutrality and the Fifth Convention of The Hague, signed at the Second Peace conference of 1907, the Netherlands became the theatre of massive replacement of troops during and after World War I. Already during the Great War any prisoners of belligerents who would reach its neutral territory would be given a relative freedom to move, shelter and food. Furthermore an agreement was reached on 2 July 1917 with Germany and England for the internment of 17000 prisoners on Dutch soil. Thus thousands of refugees and prisoners of war reached the Netherlands, already during the war.

These soldiers and civilians were interned in various camps all over the country. After the war had ended on 11 November 1918, the port of Rotterdam was used to repatriate soldiers coming from the battlefields, as well as liberated prisoners of war, back to their native lands. According to Dutch newspapers in January 1919 a total of 222,347 PoWs had arrived from Germany since mid-November 1918, of which 202,250 had left the country again by mid-January. Among the tens of thousands of prisoners who passed through the Netherlands were 4316 Serbs, 1160 of which via Enschede, on their way home. By 15 January 130 had thus left the country. 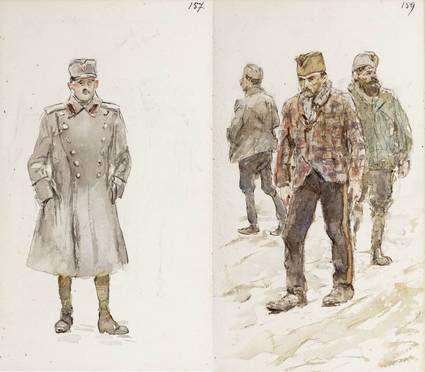 In January 1919 the Spanish flu struck among these prisoners, many of whom were weak after more than four years of war and mobilisation. Especially because, by then 4186 Serbs in the Netherlands had already seen the Balkan Wars in the years before the outbreak of World War I. Between 11 January and 7 February 1919, so in four weeks’ time, 86 Serbian soldiers died in the Netherlands, not because of war, but because of the flu. Another 5 Serbs had already died in The Netherlands of different causes before mid-January 1919.

All were buried in The Netherlands (Barneveld (Garderen: 29), Nijmegen (21), Lonneker (Enschede: 17), Dordrecht (15), Hengelo (3), Rotterdam (2), Borger (2) Amersfoort (1) and Nieuw-Beerta (1)). Starting from the 1920s the Kingdom of Serbs, Croats and Slovenes started concentrating their war graves in various places where many Serbs had died, such as Zeitenlik, Vido, Thiais, Olomouc or Jindřichovice (the site of the Austrian concentration camp Heinrichsgrün). 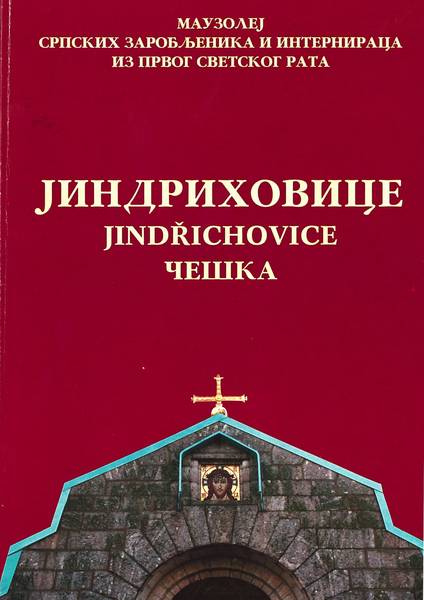 Plans were made to also concentrate the remains of the Serbs who had died in The Netherlands. According to Dutch law something needed to be done to preserve the graves in order for them not to be removed by the authorities (who preserved the right to reclaim graves 10 or 20 years after they had been dug in case no relatives would show up to claim them).

In this way through the consulate-general of Yugoslavia in Rotterdam contacts were made with the Dutch authorities in the 1930s to exhume the graves and transport the remains to the Serbian Field of Honour in Thiais, near Paris. The consulate-general contacted the various municipalities for the exhumations and their counterparts in Brussels and Paris to organise the transport by rail via Roosendaal.

In November 1937 it became clear that there was not sufficient place on the Field of Honour in Thiais, and that the remains would be transported to the Serbian mausoleum in Jindřichovice, Czech Republic instead. To this end two inspectors were sent to Netherlands to supervise the works. 88 graves were exhumed early May 1938 and brought to Nijmegen, where the remains were put in lead-lined coffins. On the morning of 18 May 1938 the transport reached the Dutch-German border at Wyler/Kranenburg, where the 88 coffins were transferred to the Germans, who received them with full military honours. From there the transport continued to the mausoleum, where 88 of the 91 Serbs who died in Netherlands in 1919 found their final resting place.

Of the four war graves not exhumed in 1938, only the one in Nieuw-Beerta is known to still exist. One grave in Rotterdam was probably already removed before 1938 and it is likely the same happened to one grave in Borger.

The text portions on this page by сећање | servische krijgsgevangenen are licensed under a Creative Commons Attribution-ShareAlike 4.0 International License.