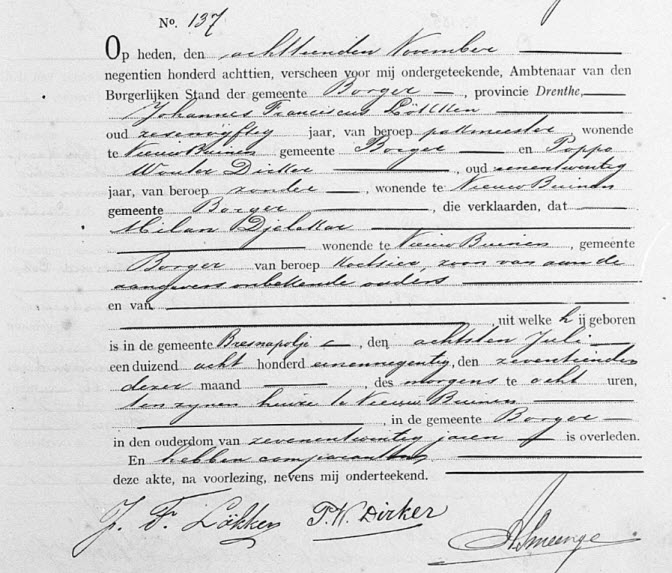 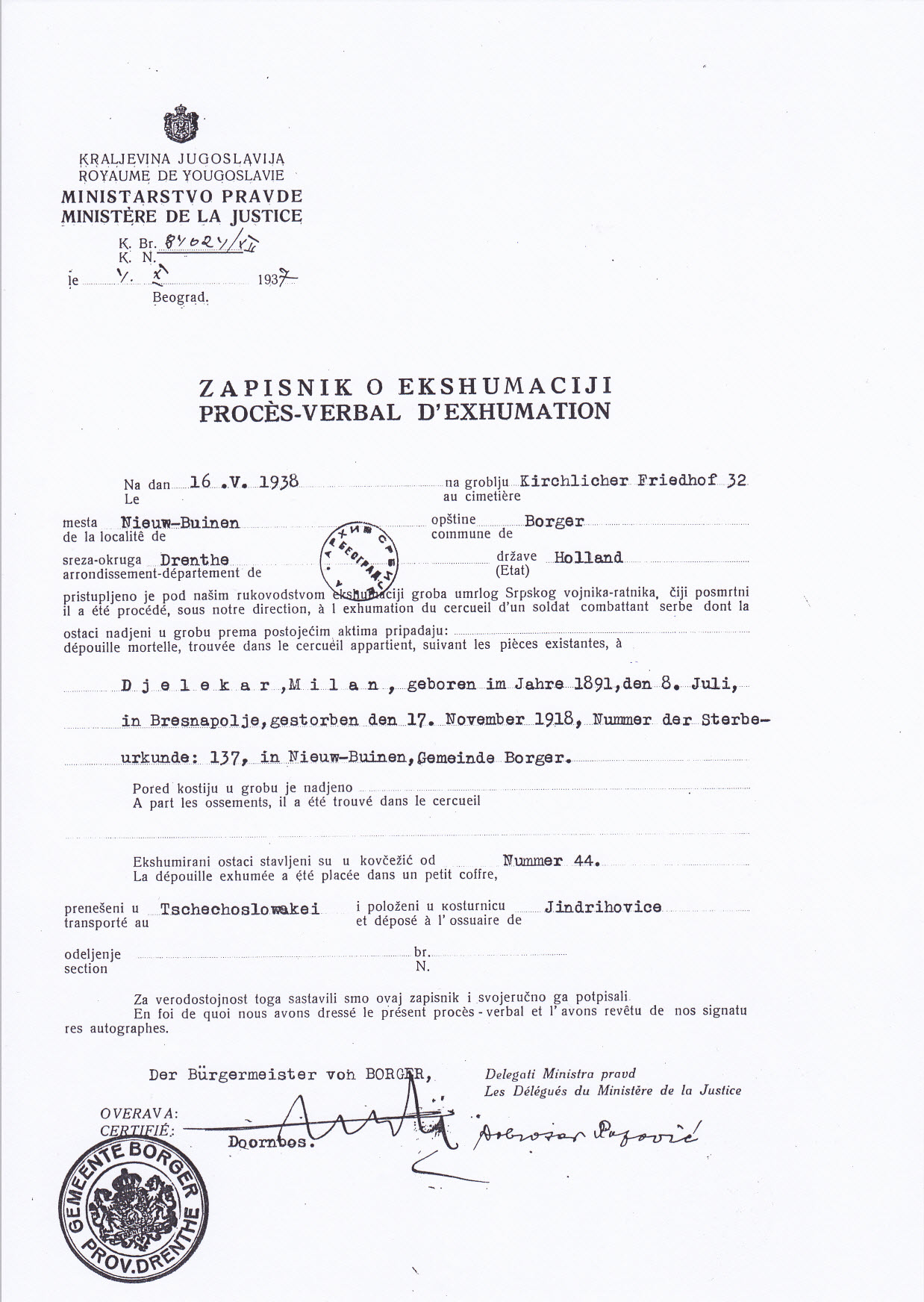 In 2009 Miloš Stojić published a book on Bresno Polje, with a list of WWI victims from that village. On page 430 he mentions Đelekar R. Milan who was drafted in 1914 and “died in the Netherlands”. His brother Maksim was taken prisoner of war as well, and then also fled to the Netherlands.

Family was found of Milan but not further details were found.