Stanislav Marinković was born in Tavnik, a village near Kraljevo in Central Serbia. Unfortunately, neither his date of birth, nor information about his life before he went to serve his country has been found. When he went, he served in the 4th company, IV battalion, 2nd regiment infantry of the Serbian army.

He never returned to Tavnik, because he died, according to his Dutch certificate from the community of Apeldoorn, on January 20, 1919 in Nieuw Milligen. Until September 2013, his relatives did not know anything about his fate.

Below the locations of Tavnik and Nieuw-Milligen and other locations of Stanislav’s life, the full map is available on Google maps (link), but you may also click on the map to enlarge. 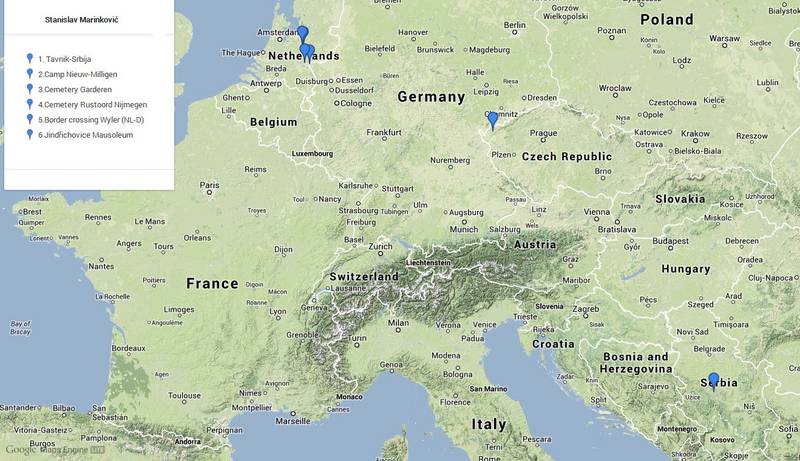 Arrival in the Netherlands

It is likely that Stanislav arrived in the Netherlands after the First World ended in November 1918, with many of his comrades, from a Prisoner-of-War (PoW) camp in Germany. He ended up in a PoW camp in Nieuw-Milligen, a little village near Apeldoorn in the central part of the Netherlands.

It is unknown where he came from and when and how he arrived in the in Nieuw-Milligen. There were many POW camps in Germany and we have not found yet any information about the time when he was in a POW camp in Germany. There were some camps close to the Dutch border like Dülmen, Spittal (both near Münster), and Friedrichsfeld (near Wesel). According to a Dutch contemporary newspaper article (NRC-Handelsblad) those from Friedrichsfeld were transported by ship to Dordrecht, so it is not likely that he was in kept in Friedrichsfeld.

Below picture of the small monument on the place where camp Nieuw-Milligen was. Photo courtesy of www.dengrootenoorlog.nl. 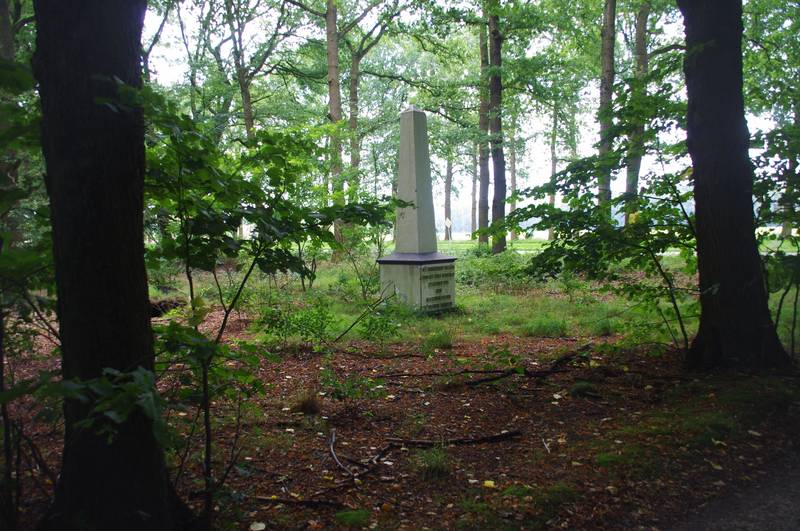 Nieuw Milligen is located +/- 6 kilometer East from Garderen and +/- 15 kilometer West of Apeldoorn. Stanislav was buried in Garderen, which would also become the location of the monument for the Serbian WWI soldiers who died in the Netherlands.

From 1860 on, there has been a military base, nowadays it is the site of the “Air Operations Control Station Nieuw-Milligen” from the Royal Airforce. It is unknown when Stanislav came to Nieuw Milligen, but when he arrived there was already a Prisoner-of-War camp, which was constructed in 1915 near the military base.

Below: inscription of the monument on the place where the POW camp was. Photo courtesy of www.dengrootenoorlog.nl. 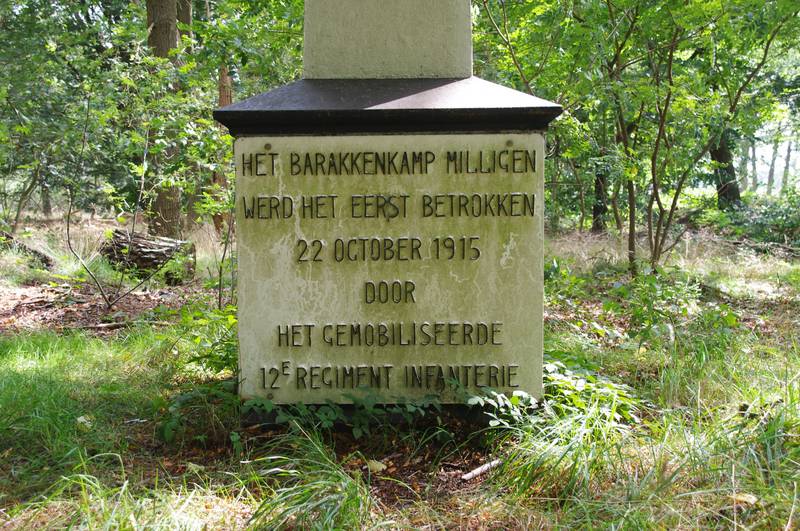 His death was reported by Jan David Mathias Schlaepfer, 49 years old, Sergeant-Major and Hendrik Abuis, 45 years old, municipal civil servant. Most probably, Stanislav died because of Spanish flu. During that period, there was a massive outbreak of Spanish flu and many people died. Stanislav was not the only Serbian WWI soldier who died in Nieuw-Milligen.

In 1919, between 22 and 31 January, 29 Serbian victims who allegedly died of the Spanish flu in the “Camp near Milligen” (Apeldoorn) were buried on the cemetery of the Dutch Reformed Church in Garderen.

Photo below from Fotocollectie Gemeentearchief Barneveld. It shows Garderen between 1/1/1910 and 1/1/1925. On the left is the cemetery where the Serbian WWI soldiers were buried and where the monument for all of them is now. Click on the picture to enlarge. 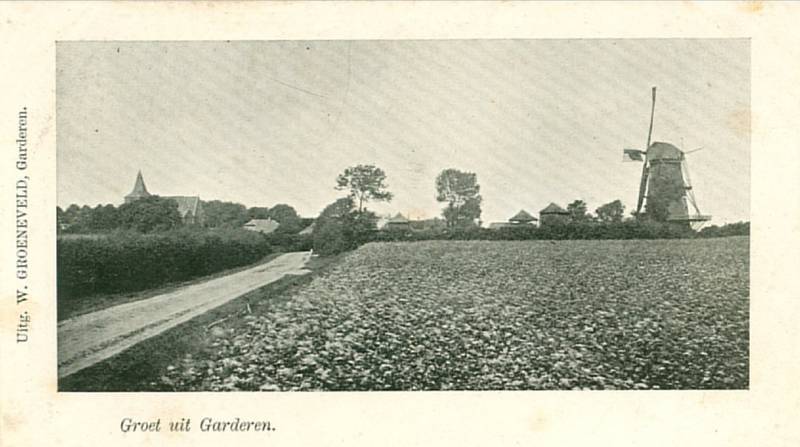 After the death, Stanislav was buried in Garderen (more information here). Stanislav’s grave was exhumed 19th May 1938 and transported to Nijmegen, together with the other Serbian graves.

Even though the newspaper articles in 1938 mentioned that the remains of the 89 Serbian soldiers were repatriated to ‘Yugoslavia’, the official Serbian documents of the time mention ‘Czechoslovakia’ as the destination, and only 88 instead of 89. The remains of Stanislav were transferred to Jindřichovice in Czechoslovakia (nowadays Czech Republic) via the Dutch/German border at Wyler/Kranenburg.

The exhumation was coordinated by two inspectors from the “Kingdom of Yugoslavia”, who cooperated with the Dutch government.

Below his official exhumation report from the Serbian Archives. 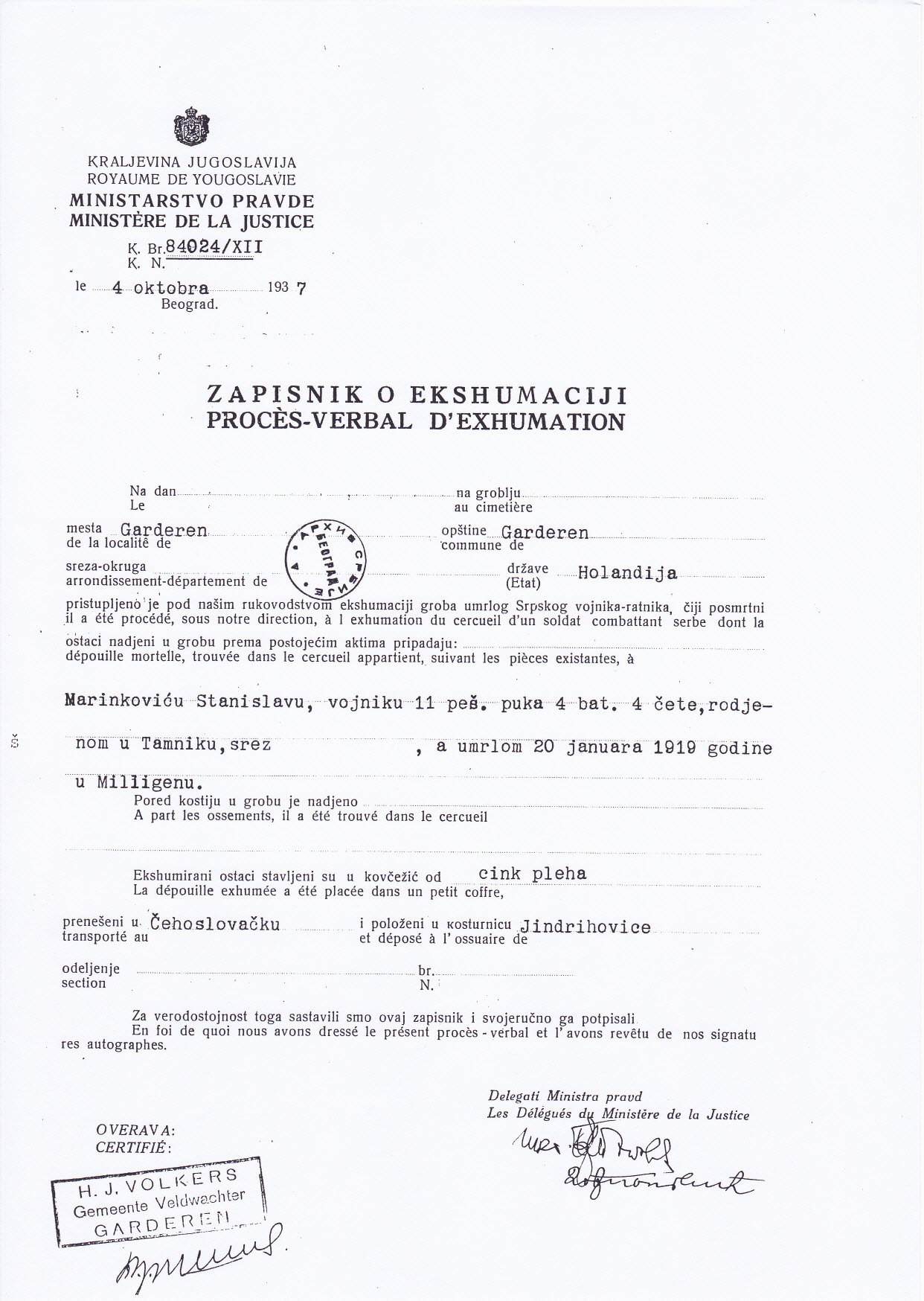 The exhumation report above was signed by H.J. Volkers, gemeente veldwachter te Garderen (local police officer in Garderen). By coincidence, we found a photo him in the online photo collection of the municipality of Barneveld.

Photo below from Fotocollectie Gemeentearchief Barneveld. Click on the picture to enlarge. 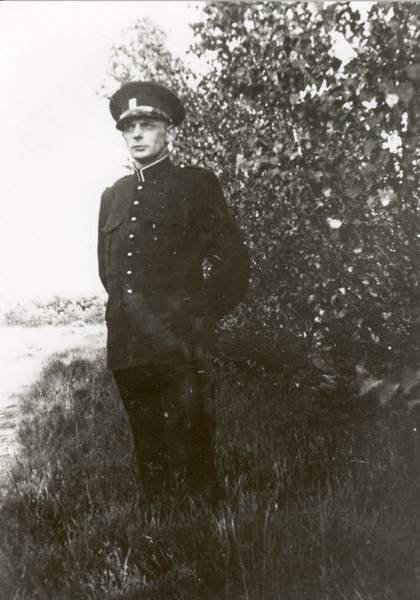 This list contains a lot of valuable and helpful information: the Dutch death certificate of Stanislav from Apeldoorn municipality does not contain information where he came from, but the exhumation list does. There was written “Tavnik”, which is close to Miločaj where, Tanja Raković, a member of our team is originally from. Together with the help of a friend of hers, Goran Mijailović from Tavnik, they discovered that descendants have still been living in Tavnik: one of them is even the neighbour of Goran.

Thanks to the relative, we know the following: Stanislav had three brothers Branislav, Budimir and Velimir and a sister Persa. All four brothers went to the war. The only one who returned from the war was Budimir, but he did not have any children. Branislav, Stanislav and Velimir were killed in the First World War. Stanislav had one daughter, who died at the age of seven, not a lot is known about Stanislav’s wife. 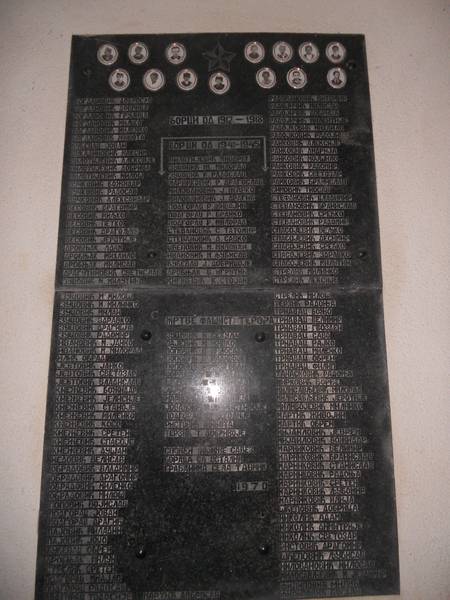 Photo below: Detail of the monument in Tavnik. 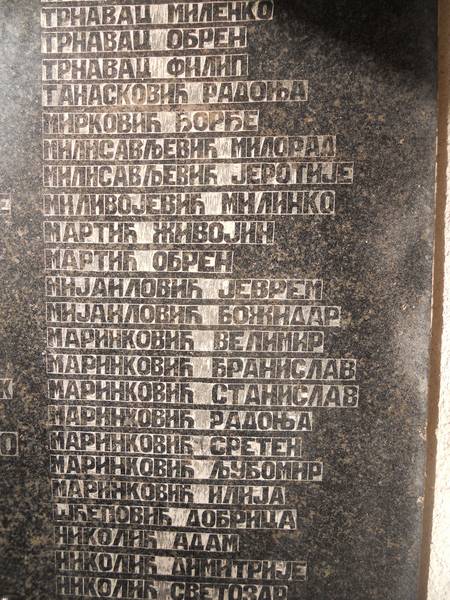 Stanislav died on January 20, 1919 in Nieuw-Milligen, the Netherlands, a country far away from his family, as an unknown Serbian WWI Soldier just like many others of his comrades.

Eternal glory to him!

Below a photo from Fabian Vendrig made in Garderen the 5th October 2013: the white cross on the cemetery with Stanislav’s name. 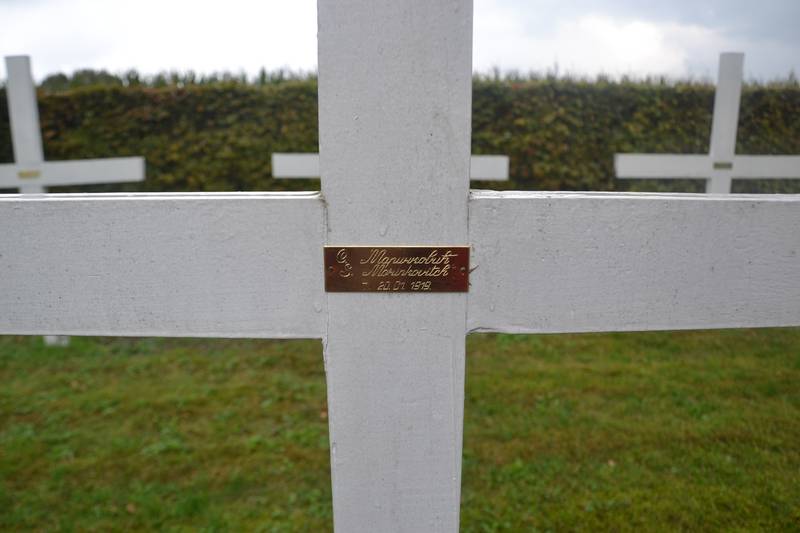 Photo below: The monument for the Serbian WWI soldiers who died in the Netherlands on the cemetery in Garderen. Stanislav’s name is on it as well (written as “S Marinkovitch”, using the French transcription that was commonplace before World War II). 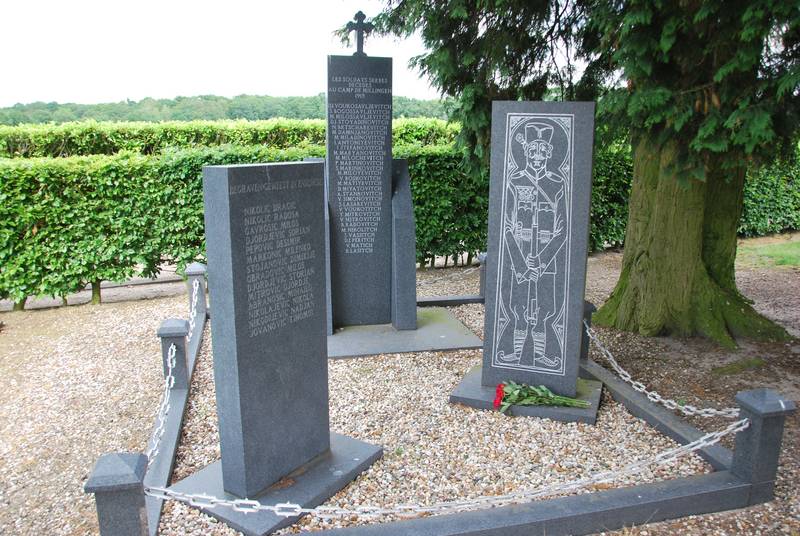 -Goran Mijailović
-Serbian embassy in the Hague (the Netherlands).
-National Archives of Serbia