Between 11 January and 7 February 1919, 86 Serbian soldiers died in the Netherlands, not because of war, but because of the Spanish flu. Another 5 Serbs had already died in The Netherlands of different causes before mid-January 1919. All were buried on cemeteries in The Netherlands: Garderen (29), Nijmegen (21), Lonneker (17), Dordrecht (15), Hengelo (3), Rotterdam (2), Borger (2) Amersfoort (1) and Nieuw-Beerta (1).

In 1938 a total of 88 graves were exhumed for transport to Jindřichovice. Today only one of the 91 graves is believed to still remain on its original location in The Netherlands, in Nieuw-Beerta.

A monument was erected in Garderen to honor the Serbs who had been buried there originally. This monument was restored in 2006 and recently more names have been added of Serbs who were buried in other cities in The Netherlands. 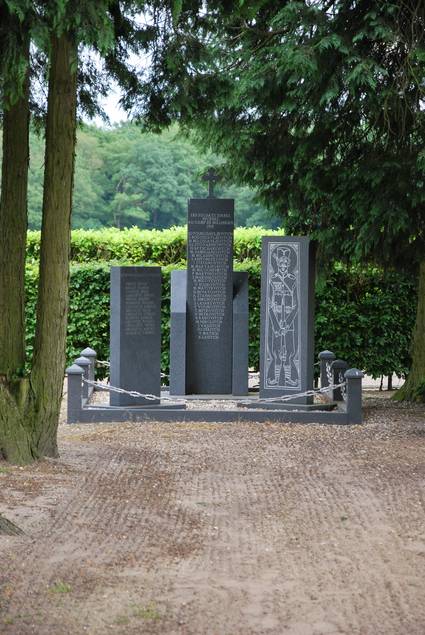