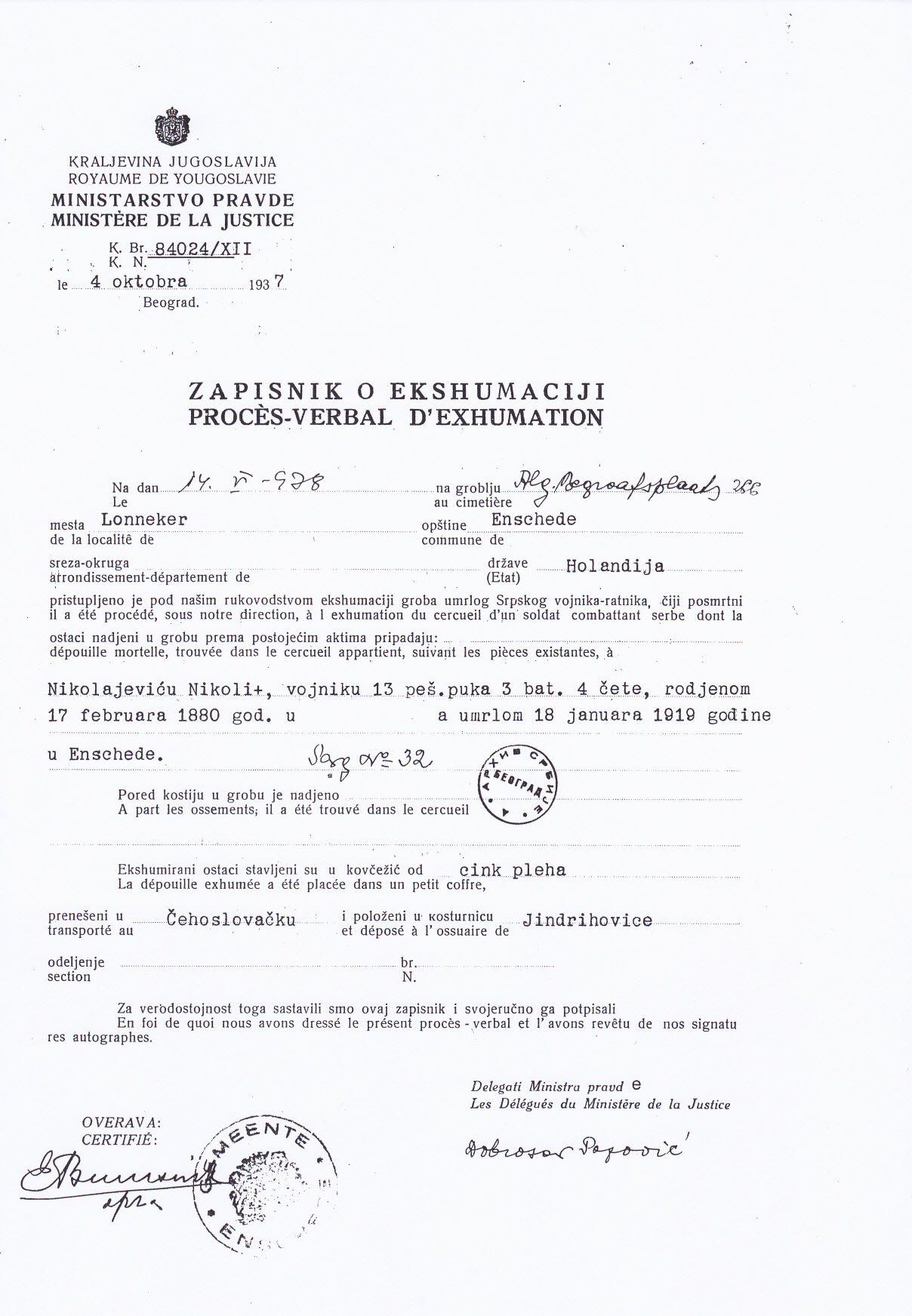 The International Red Cross started a website with index cards of Prisoners of War. We did of course a research in that database on “our” soldiers. Nikola’s card was found as well, which you can find below.

According to this card he was made Prisoner of War in Cerovac (Near Šabac) the 6th November 1915. He was reported the 6th December 1915 in Braunau i/B, which is nowadays Broumov in the Czech Republic. That was according their list of the 21th January 1916. 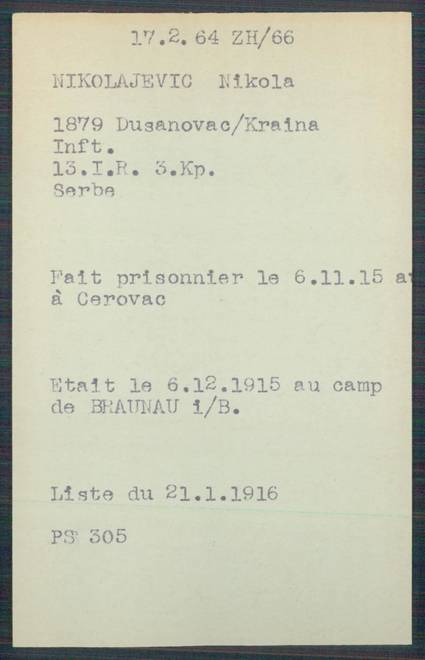