On mortality in German camps

In an attempt to understand why the mortality among Serbian soldiers was higher than for others, we tried to trace them back through the German and Austrian camp system. The results of that effort were published by the Faculty of Philology, University of Belgrade in an article called ‘Captivity and Death Among the Serbian Prisoners of War Who Passed Through the Netherlands During the Great War’.The main differences which made the Serbian prisoners of war to be more likely to die than others are described below. 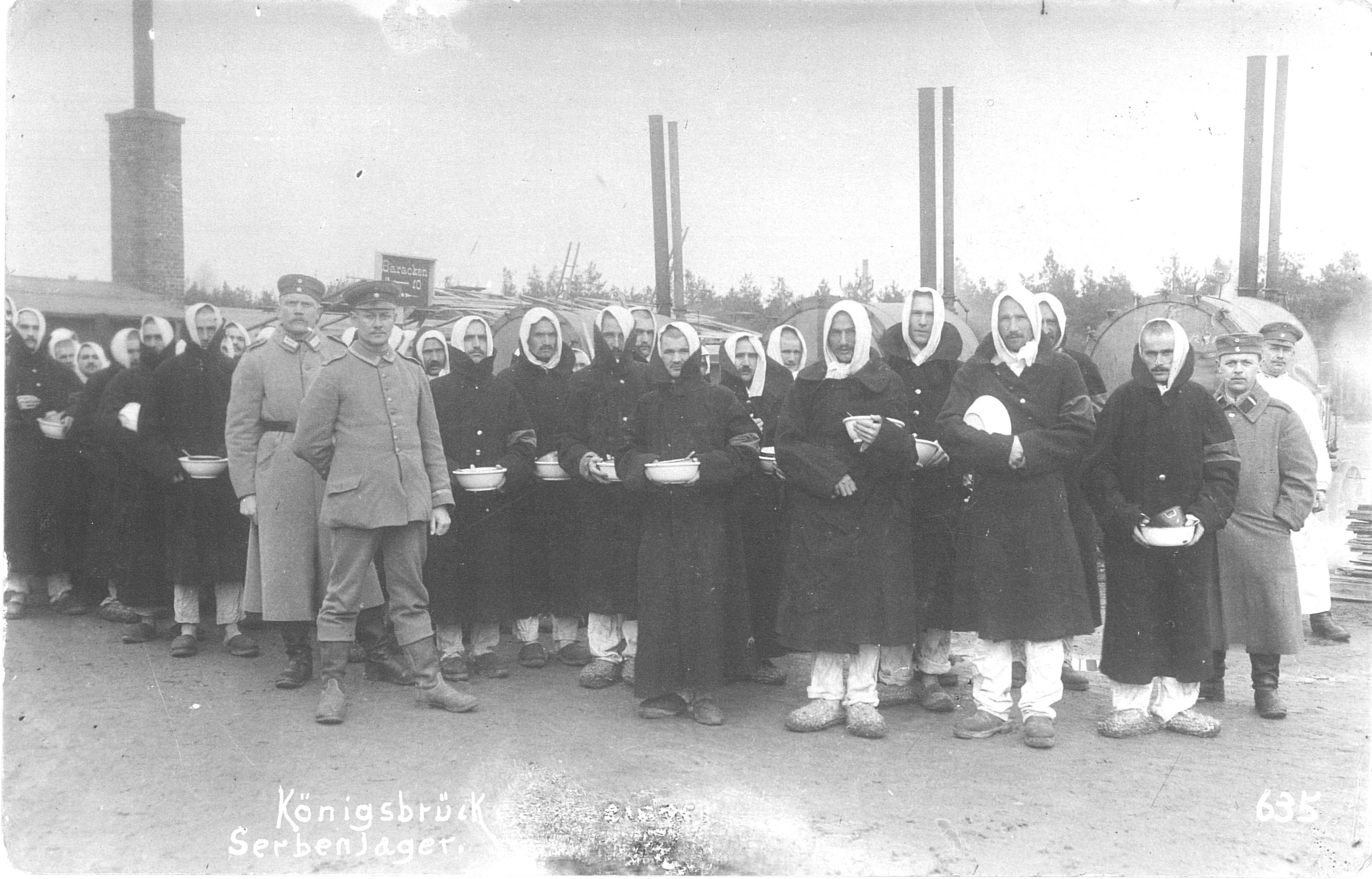 The naval blockade by the Entente had an effect on the ability of Germany and Austria-Hungary to feed the prisoners of war in their custody. When Austrian food stocks were depleted early 1916, shortly after the occupation of Serbia, Germany sent food to relieve the civilian population. In that same year Austria sent almost 30,000 Serbian prisoners of war to Germany, which was eagerly looking for a larger workforce. The Serbian soldiers who escaped to, or were repatriated via, the Netherlands belonged to this group.
Where Germany and Austria-Hungary were unable to feed the prisoners of war in their power, the Entente governments and population would help their fellow-countrymen in captivity in order for them not to starve. Being in exile, the Serbian government relied more than other governments on the work of relief societies and on their allies – particularly the British and Americans – to complement food rations of Serbian prisoners and internees. Unlike their allies Serbians in captivity would receive collective help, rather than individual parcels. In spite of these efforts Serbians received significantly fewer parcels with food and clothing than soldiers of other nationalities.
The Serbian soldiers, more than any other, were exhausted by 1918, for many had been mobilized for up to six years. Yet they were repatriated among the last groups, mostly early 1919.
Undernourished, underclothed, and exhausted after many years of war, captivity, and forced labour, the immune system of the Serbians could not cope with the Spanish flu when it struck.
The article is available for download here.

Alleen in het Engels beschikbaar: Today the yearly commemoration was held at the monument in Garderen (the Netherlands) for the Serbian WWI soldiers who died in the Netherlands while returning home. The Serbian ambassador for the Read more…

-Alleen in het Engels beschikbaar- Friday 14th May 2021 the exhibition about our research, organised by the museum of Gornji Milanovac, was opened by the Dutch ambassador to Serbia and Montenegro, h.e. J. Reintjes, in Read more…