Brović is a small village near Obrenovac, some 40 kilometers southwest of Belgrade, the capital of Serbia. It is not known when Dragutin Milutinović was born, the official documents we possess stated only that he was 26, so he must have been born either in 1892 or 1893.

From Serbia to arrival in the Netherlands

It is unknown how and when Dragutin arrived in the Netherlands. On the International Red Cross website “1914-18 Prisoners of the First World War” with the archives of the Prisoners of War cards, Dragutin could not be found. We could also not find other documents where Dragutin was mentioned as being a Prisoner of War (PoW) in certain PoW camps.

It is unknown when Dragutin arrived in Dordrecht, but most possibly he was one of the 66 sick soldiers, who were sent from Nijmegen and who arrived on the 15th January 1919. They were treated in a makeshift field hospital, which was set up on the premises of the Kromhout regional school. 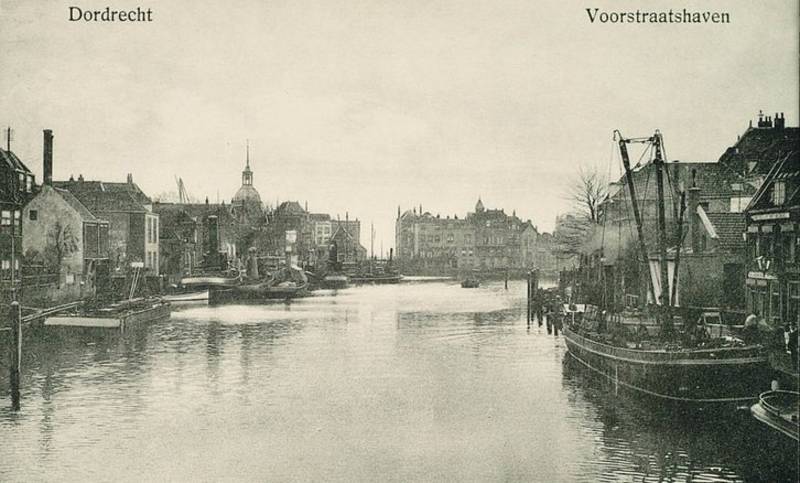 Dragutin was buried with military honors in Dordrecht at the general cemetery “Essenhof”, where the other 14 Serbian WWI soldiers who died as well in Dordrecht were also buried. His grave was exhumed on the 11th May 1938 and transported to Nijmegen, together with the other Serbian WWI graves in the Netherlands (more information about that can be found here).

His exhumation report mentions, besides his personal data, that his remains were placed in a lead box, number 55 and that it was placed in a mausoleum in Czechoslovakia (Jindřichovice). The transport went from Nijmegen via the Dutch/German border at Wyler/Kranenburg.

Besides his Dutch death certificate and his Serbian exhumation report there was not much more information which was available. When the researchers passed the village of Brović, they saw the local church and stopped to see if by any chance there was maybe a memorial plaque with Dragutin’s name or more information available.

And indeed there is  a memorial plaque in the church with the name “Dragutin C. Milutinović” (below the name Vitomir C. Milutinović”). On the plaque is written ”Monument to fallen and dead fighters, for freedom of the fatherland’’.

26/08/2017: Detail of the memorial plaque in the church of Brović, with Dragutin’s name visible.

More surprisingly was that opposite of the memorial plaque there was the original broken plaque, which can be seen below.  When the Germans occupied the Kingdom of Yugoslavia in April 1941 (until May 1945) they damaged a lot of WWI monuments and thus also the one in Brović.

26/08/2017: The memorial plaque in the church of Brović which the Germans during WWII destroyed.

The priest (who opened the church for us) was very helpful, he showed us the church registers in which we could not find Dragutin’s name.

Although Dragutin’s name is not on the monument in Garderen, he has not been forgotten in the Netherlands. There are plans to add all the names of the Serbian WWI soldiers who died in the Netherlands on the monument. His name is written also on the memorial plaque in his village, although ironically enough that during WWII the Germans tried to erase all traces of Dragutin.

An article in the Dutch newspaper “Telegraaf” from 23/01/1919 with the title “By the sick Serbs (Bij de zieke Serviërs)”, describes the state of the sick Serbian soldiers in the Netherlands by nurse de Koning who wrote a letter to the newspaper about their fate and her efforts to support them. She arranged a charity for them and she has been herself in Serbia during WWI on a Red Cross medical mission.

Here an excerpt from the article: “On my question if they want to sing the Serbian national anthem or any other song, the answer was; “In 4 years we did not sing, we can’t any more; we couldn’t laugh either a lot. We only worked for a small amount of food or most of the time for nothing”.

How is in Serbia, I don’t know it any more, one told me, I don’t know anything anymore from Serbia, but I am longing for it so much.

We can only imagine that Dragutin felt the same, back then, when he was far away from his dear fatherland Serbia which he unfortunately never saw again any more.

-The priest of the church in Brović who kindly guided us around and tried to search for a trace in the church books.

Fabian Vendrig with the help of Tanja Vendrig & John Stienen.