Ever since we started our quest in 2012, two issues regarding Garderen had boggled our minds: how was it possible that only 29 graves were there, when we knew that officially 30 Serbian soldiers had died in the camp? And: when was the original monument erected?

Thorough and systematic research in the 1919-1938 newspapers gave us the answer to the second question. In the article displayed below, in the regional newspaper Nunspeets Nieuws en Advertentieblad of 12 April 1919, it is written that the monument was placed there that month, so less than three months after the burials had taken place. This confirmed our theory that the monument “from the grateful Serbian fatherland” had been put there before 1929.

Finding the answer to the first question was considerably more difficult. It took us until late December 2015 to discover, at the National Archives in The Hague, the weekly reports from 1918 and 1919 of the New PoW Camp Milligen. From these we managed to reconstruct the fate of two soldiers who had been swapped in the field hospital. We invite you to read the story of Dragan Dimitrijević, the victim who wasn’t a victim. 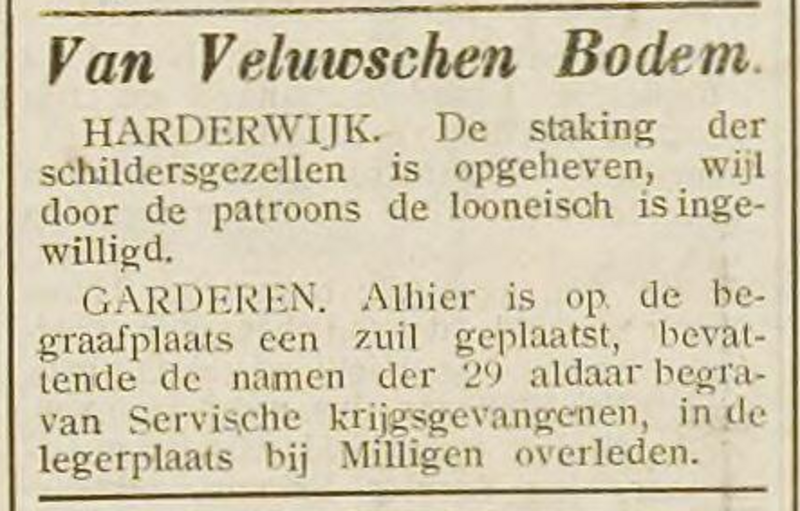 -samo na engelskom- Friday 14th May 2021 the exhibition about our research, organised by the museum of Gornji Milanovac, was opened by the Dutch ambassador to Serbia and Montenegro, h.e. J. Reintjes, in the national Read more… 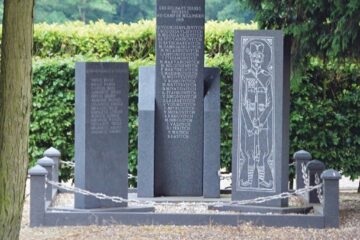